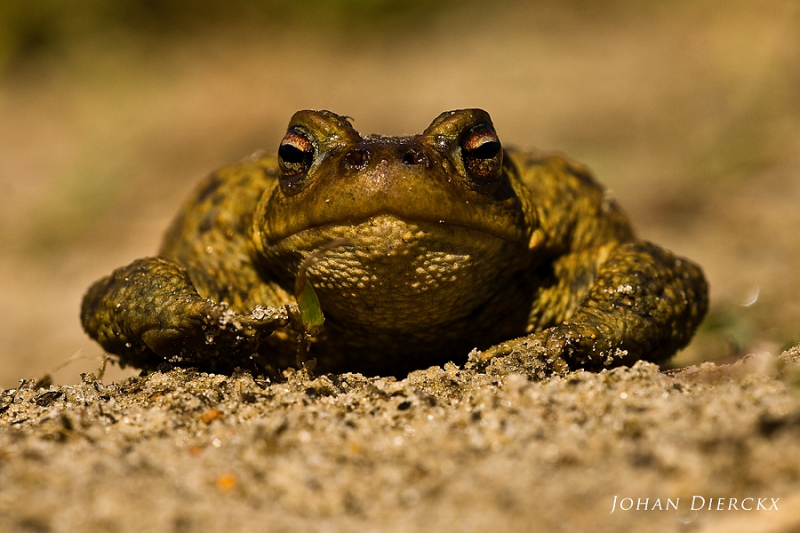 Posted by Johan Dierckx (Wijnegem, Belgium) on 4 November 2012 in Animal & Insect and Portfolio.

Bufo bufo (NL: Gewone pad, Bruine pad / EN: Common toad, European toad / DE: Erdkröte / FR: Crapaud commun) is an amphibian found throughout most of Europe, with the exception of Ireland, Iceland and some Mediterranean islands. It is one of a group of closely related animals that are descended from a common ancestral line of toads and which form a species complex. The toad is an inconspicuous animal as it usually lies hidden during the day. It becomes active at dusk and spends the night hunting for the invertebrates on which it feeds. It moves with a slow ungainly walk or short jumps and has greyish brown skin covered with wart-like lumps. Bufo bufo seems to be in decline in part of its range but overall is listed as being of "Least Concern" in the IUCN Red List of Threatened Species. It is threatened by habitat loss, especially by drainage of its breeding sites, and some toads get killed on the roads as they make their annual migrations. It has long been associated in popular culture and literature with witchcraft.

Brilliant capture of this frog