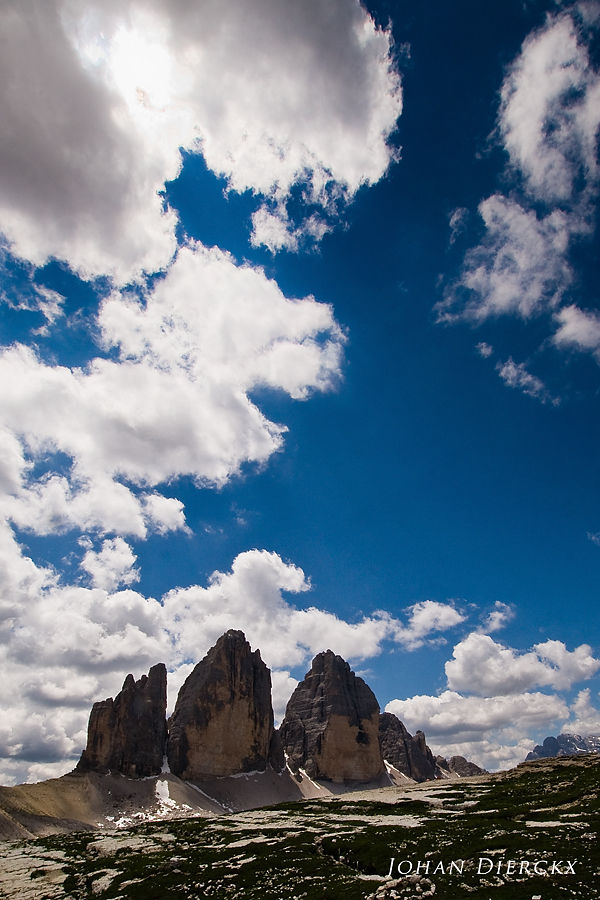 Posted by Johan Dierckx (Wijnegem, Belgium) on 23 August 2011 in Landscape & Rural and Portfolio.

The Tre Cime di Lavaredo (Italian for "the three peaks of Lavaredo"), also called the Drei Zinnen (German, literally "three merlons"), are three distinctive battlement-like peaks, in the Sexten Dolomites of northeastern Italy. They are probably one of the best-known mountain groups in the Alps. The three peaks, from east to west (left to right in the image), are:

This image is a view from Rifugio. A. Locatelli (Dreizinnenhütte) and the view to the north faces of the three peaks is wold-famous.

The peaks are composed of well-layered dolostones of the Dolomia Principale (Hauptdolomit) formation, Carnian to Rhaetian in age, as are many other groups in the Dolomites.